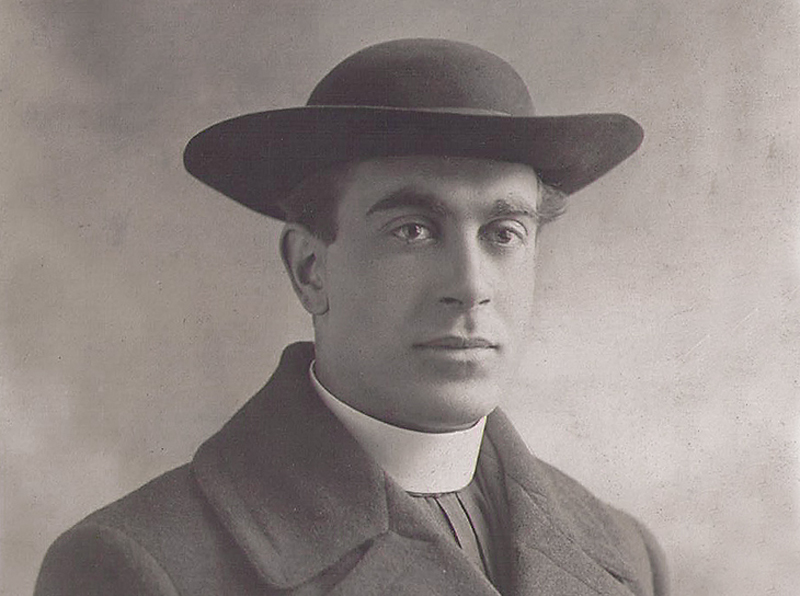 Alphonse was born in 1890 and, according to his obituary sent to me by my cousin Matthew (to be added), he died on October 3rd 1957 – exactly three years after the Marian Year Assembly at Wembley.

The obituary confirms Alphonse’s reputation as being “good with money”. He was made parish priest of Our Lady of Willesden and inherited a £30,000 debt which he managed to clear in 12 years. It was paid off in 1956 – the year before his death. Our Lady of Willesden was more than a parish church – it became the official “National Shrine” for English Catholics.

Willesden became the focus of Westminster’s celebrations for the Marian Year and, during 1954, around 60,000 pilgrims visited the shrine. On October 3rd 1954, a Marian Pageant was held at Wembley Stadium in front of 94,000 people, where Cardinal Bernard Griffin crowned the statue of Our Lady which was carried back, in procession, to Willesden. 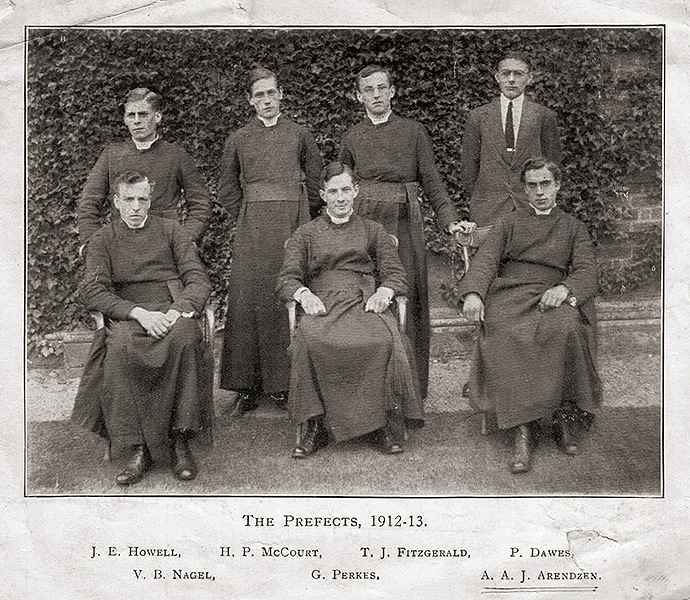 Alphonse (bottom right) with fellow prefects, presumably at a seminary. Unfortunately, there is no mention of location, though the individuals are all identified.