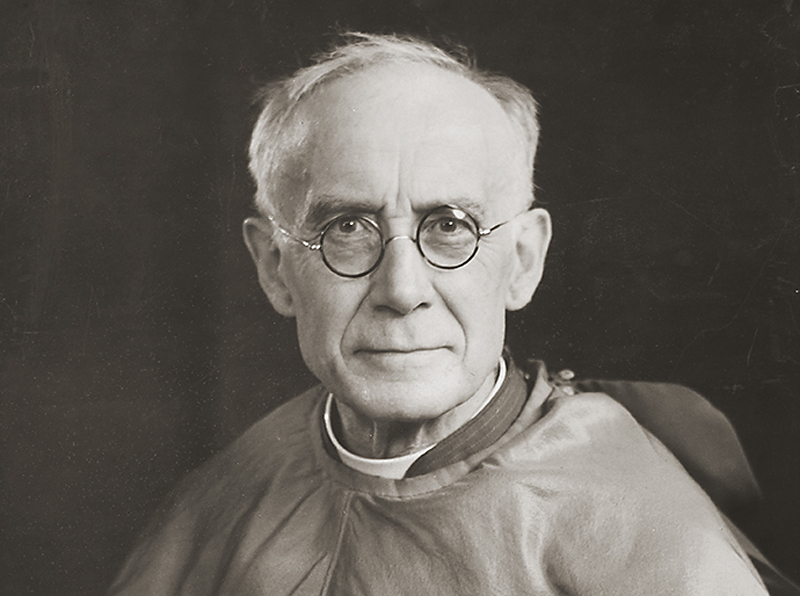 J P Arendzen was born on January 6th, 1873, in Haarlem, Amsterdam. He was initially educated by the Christian Brothers in Amsterdam and later at Hageveld College, Leyden. He studied theology at St Thomas’s Seminary in Hammersmith and was ordained in 1895.

He was awarded a PhD at Bonn University, a DD at Munich, a BA at Christ’s College, Cambridge in 1901 and an MA in 1906. He was a priest of the Catholic Missionary Society and was stationed at the parish of St Ives whilst carrying on his studies at Cambridge.

After leaving St Ives in 1903, he took up a teaching post at St Edmunds College in Ware, Hertfordshire and remained there until 1949. He retired to the family home at 14 Quex Road where he remained until his death in 1954.

John was one of the main religious writers in the first half of the 20th century. He was a prolific author, writing many philosophical religious books, of which we have several and his work is still selling today – at the time of writing there are two listed on Amazon. He was also an orator and was a regular speaker at Hyde Park Corner. The Daily Mail listed him as one of the preachers of the century. 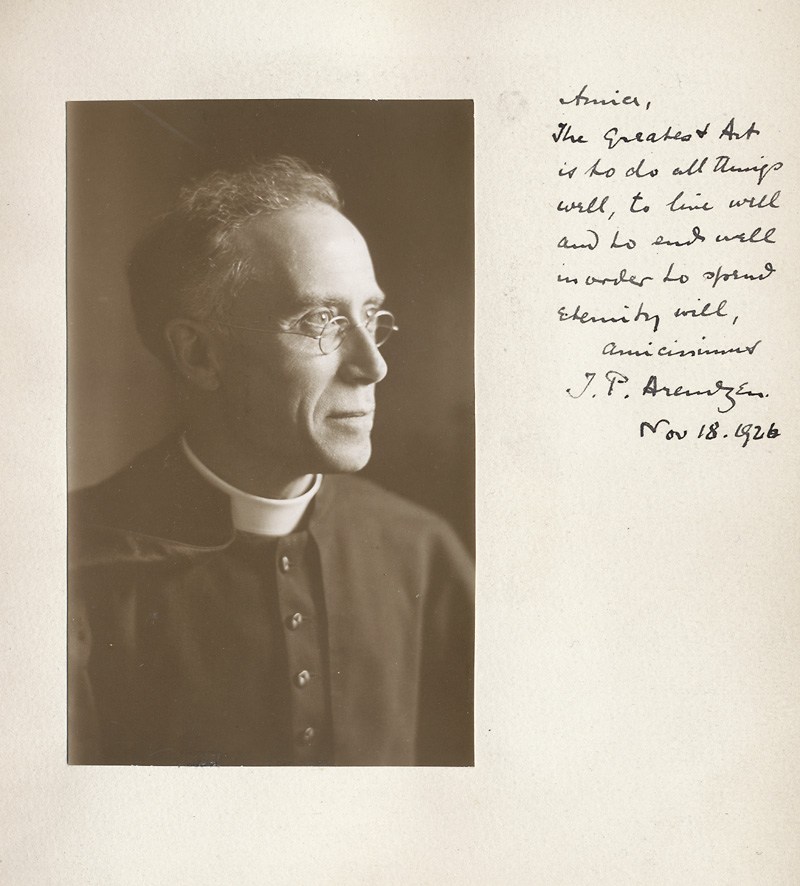 Amica (Friend),
The greatest art is to do all things well, to live well and to end well, in order to spend eternity well,
Amicissimus (Goodwill)
J.P.Arendzen.
Nov18. 1926.