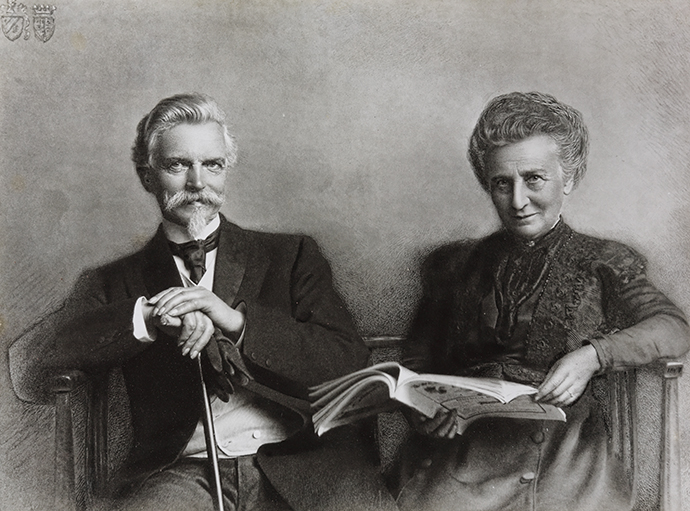 Petrus Johannes Arendzen (1846-1932), married to Epiphania (daughter of Johan Stracké), left his native Amsterdam in 1873 to live in England. He was commissioned by the Dutch Government to copy the very large number of Dutch paintings that were in English collections. It was thought better to reproduce the originals in a different medium, so that the copies had some validity creatively.

Petrus had already established himself in Holland as an eminent etcher and engraver; there is a large body of his work held in the Rijksmuseum, Amsterdam, which I have had the opportunity to study. I have also been able to study his work, some time ago, at the old British Library in the reading room.

His friend, Sir Lawrence Alma-Tadema, who had already arrived in England, found the house in Quex Road, London, where Petrus set up home with his wife, Epiphania. They produced nine children, five sons and four daughters. The children were all educated privately at home in Quex Road; four of the five sons became priests, the fifth, Peter, married and had four children, one of whom, Dorothy, was my mother. None of the Arendzen daughters born to Petrus and Epiphania married.

The Rijksmuseum lists 129 works by Petrus. If you click the link to the Rijksmuseum under ‘Useful Links’ you can search their collection. 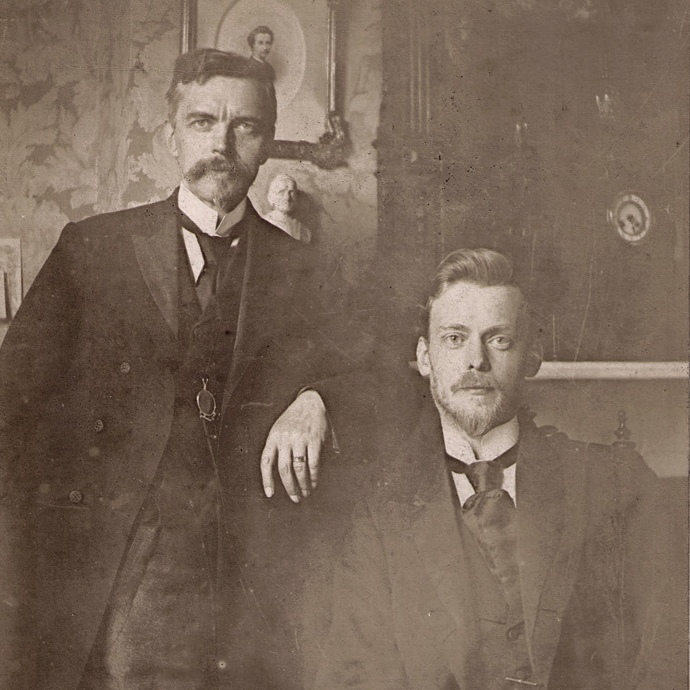 Petrus Arendzen with the art historian, critic and collector Cornelius Hofstede de Groot. De Groot published the works of a number of artists including those of Petrus Arendzen and wrote more than seventy biographies of Dutch painters.